Corinthia Hotel Budapest is one of top city hotels 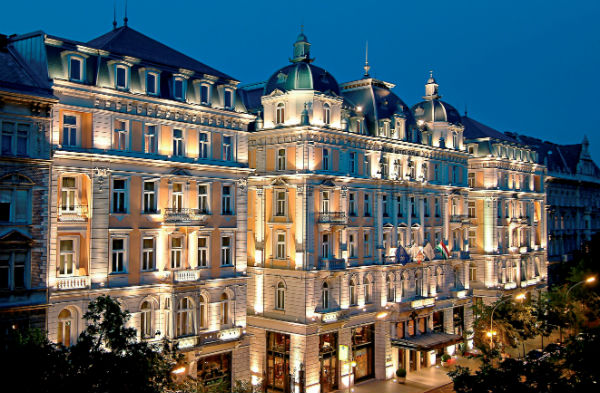 The rating is based on satisfying some 800 criteria evaluated by an anonymous inspector from Forbes.

“It is an exceptional, but well deserved honour to be recognised by Forbes Travel Guide,” says Jean Pierre Mifsud, General Manager of Corinthia Hotel Budapest.

Forbes Travel Guide’s announcement describes Corinthia Hotel Budapest as a ‘flawless blend of new and old in Budapest, highlighting the Neoclassical façade, the spa and the grand ballroom’s belle époque architecture merging with the modern luxury of the suites, new parts and state-of-the-art business and event facilities.’

The inspectors also highlight the beautiful setting of the fully restored 19th century Royal Spa with its stained-glass ceiling and 50-foot-long pool surrounded by Corinthian columns.

Among the dining options, Forbes singles out the Brasserie and Atrium restaurant with the fresh and local artisanal-farm-to-table dishes and the breakfast buffet under the spectacular atrium; outstanding Bock Bistro that serves a fusion of Hungarian classics and the Spanish tapas, accompanied by great wines; and the hotel’s Rickshaw restaurant with its traditional flavours paired with the freshest ingredients.