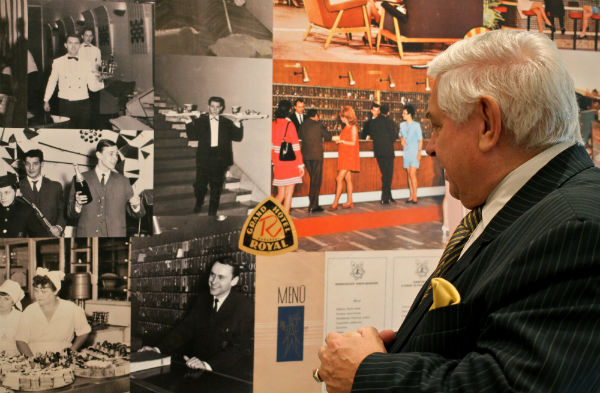 Corinthia Hotel Budapest, originally opened as the Grand Hotel Royal in 1896, has been recognised as a Hungarian National Value, alongside an illustrious assortment – including Tokaj wine; Lake Balaton; and ‘Pálinka’, the renowned Hungarian fruit brandy. Minister for National Economy Mihály Varga declared Corinthia Budapest an official member on 23 June 2015. Tibor Meskál, Senior Duty Manager, has worked at the hotel since the 1960’s – and now invites guests on a unique hotel tour to discover the hidden secrets and stories behind this Grande Dame hotel.

Corinthia Hotel Budapest joins an impressive collection of Hungarian National Values, which are defined as values unique to the country and aim to preserve and celebrate national identity – including physical buildings and objects, cultural and intellectual goods, traditions, symbols, and works of art.

“We are so proud that Corinthia Budapest has been recognised as having played such a significant role in Hungary’s history, culture and society. Carrying on the legacy of Grand Hotel Royal, one of Europe’s most lavish when it opened in the nineteenth century, Corinthia Budapest treasures the values and stories inherited from the past, while simultaneously looking to impress the 21st-century traveller with exceptional amenities and top quality service,” said Tibor Meskál, Senior Duty Manager of Corinthia Hotel Budapest.