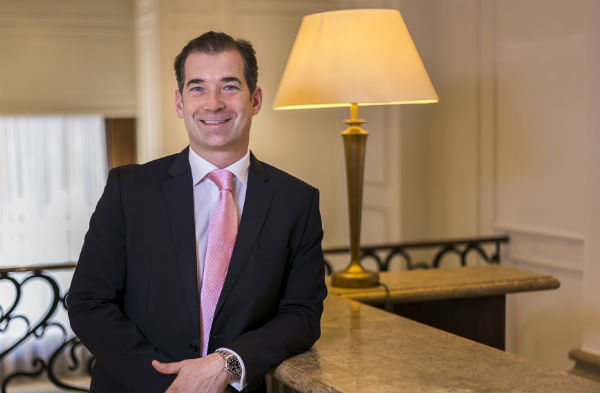 In his new role, Thomas will be responsible for overseeing the operation of the award-winning five-star Corinthia London, ensuring the optimal level of guest and employee satisfaction as well as profitability. He will work on further building the values of Corinthia – precision, understanding, passion, and authenticity – at every level of the hotel’s operation.

Thomas, who has over 21 years’ experience in luxury hospitality, was recently awarded ‘Budapest’s Hotelier of the Year’ for 2015 at the ‘Best of Budapest & Hungary’ awards. Under his leadership, Corinthia Hotel Budapest gained new momentum and was awarded ‘Hungary’s Hotel of the Year 2014’ by The Hungarian Hotel and Restaurant Association and the Hungarian Tourism Board.

During his two decades’ experience in luxury hospitality, Thomas has worked with leading brands, including Kempinski, Hyatt, and Hilton in Germany, London, China, and the Middle East. He was previously General Manager at Kempinski Hotels in Frankfurt, Moscow, and Halle-Leipzig.

“Moving from Corinthia Budapest to the group’s flagship London hotel feels like the perfect next step for me. I look forward to building Corinthia London’s global reputation as an iconic world-class hotel,” said Thomas M. Fischer.

Welcoming his appointment, Simon Naudi, CEO of Corinthia Hotels, said “Thomas is an invaluable member of our team. Under his leadership, our Budapest hotel has flourished and won many awards. Thomas joins the Corinthia London at a very exciting time, with the city attracting an increasing amount of leisure and corporate travel.”