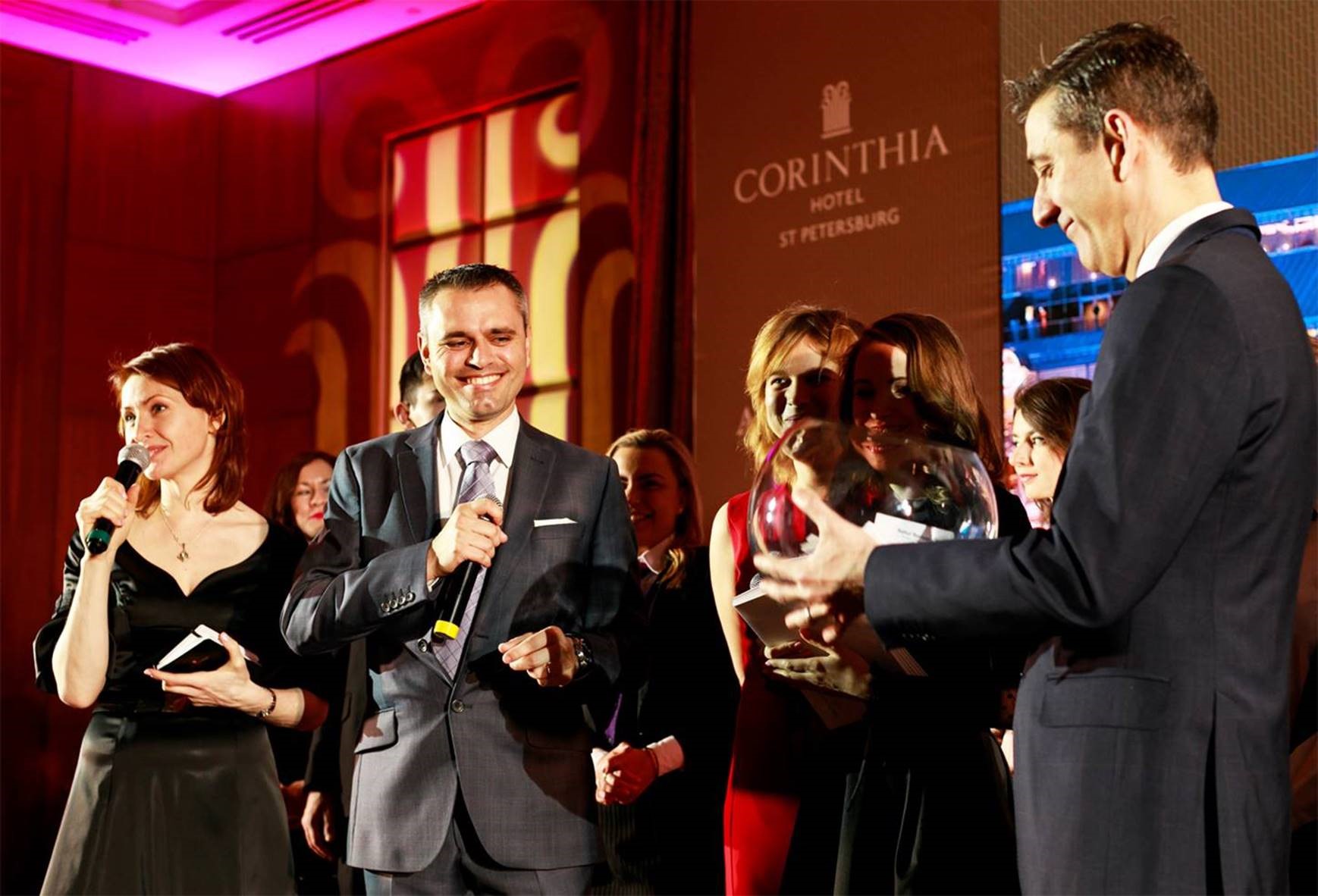 In thanks for the years of support and cooperation that have provided a blueprint for success, a party was thrown for 300 partners and friends of the Hotel.

The 15-year tenure has been characterised by significant growth and numerous  international awards.  On five occasions between 2011 and 2017, Corinthia Hotel St Petersburg was named Russia’s Leading Conference Hotel by the World Travel Awards (dubbed “the Oscars of the travel industry”), which acknowledges outstanding achievements in tourism globally. The hotel was also named Best Congress Hotel in St Petersburg by the Russian Business Travel & MICE Awards in 2015, and was recognised by the Russian Hospitality Awards as the Best MICE hotel in Russia in 2016.

The 388-room hotel is the only five-star property which offers such a large number of rooms and event spaces in St Petersburg’s historic centre, with 17 convertible spaces boasting a total capacity for events of up to 1000 people.  Corinthia Hotel St Petersburg is currently implementing a large-scale investment project updating its facilities. In March, it will unveil its new lobby (modelled on Corinthia London’s Crystal Moon Lounge), and in April, complete the opening of 280 newly-designed bedrooms.

Corinthia Hotel St Petersburg was acquired by Corinthia Hotels Limited in 2002 and underwent a renovation and expansion in 2009, with around €100 million of investment.