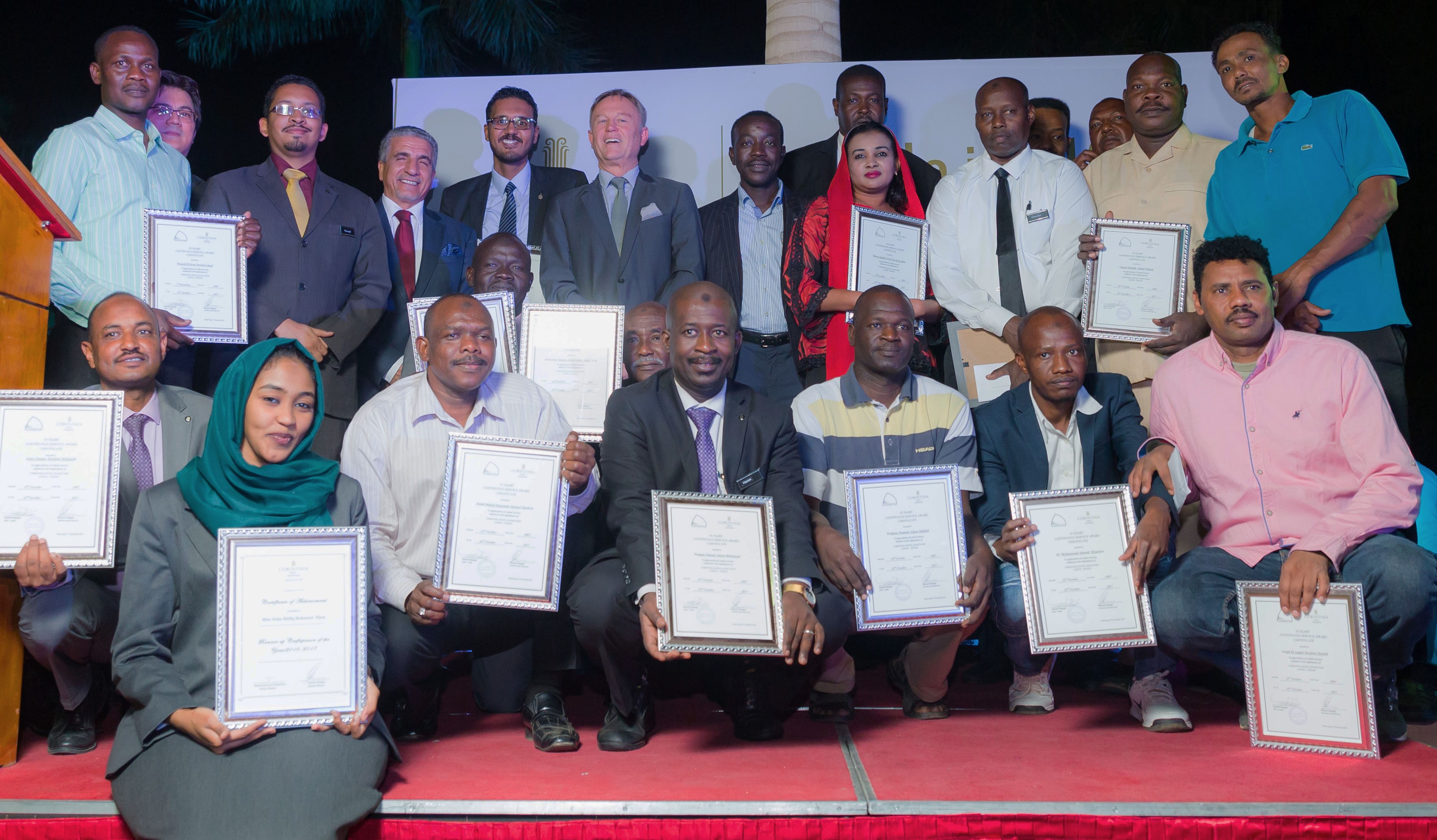 Corinthia Hotel Khartoum has won four awards, reflecting its status as a leading player both regionally and across the African continent.

The awards recognises the sustained commitment to excellence in hotel-keeping and outstanding achievement in the international luxury hospitality industry.

In tandem, Corinthia Hotel Khartoum has been issuing its own awards, for those 20 long-serving staff who have been with the hotel over ten years. Given at a ceremony at the hotel’s African Garden Restaurant, General Manager Bernard Mercier said: “These staff started work with us in 2007 and are considered the cornerstone of the hotel and the company in general.”

Opened in 2008, the Corinthia Hotel Khartoum features 230 rooms, including 57 suites and extensive conference and events facilities.