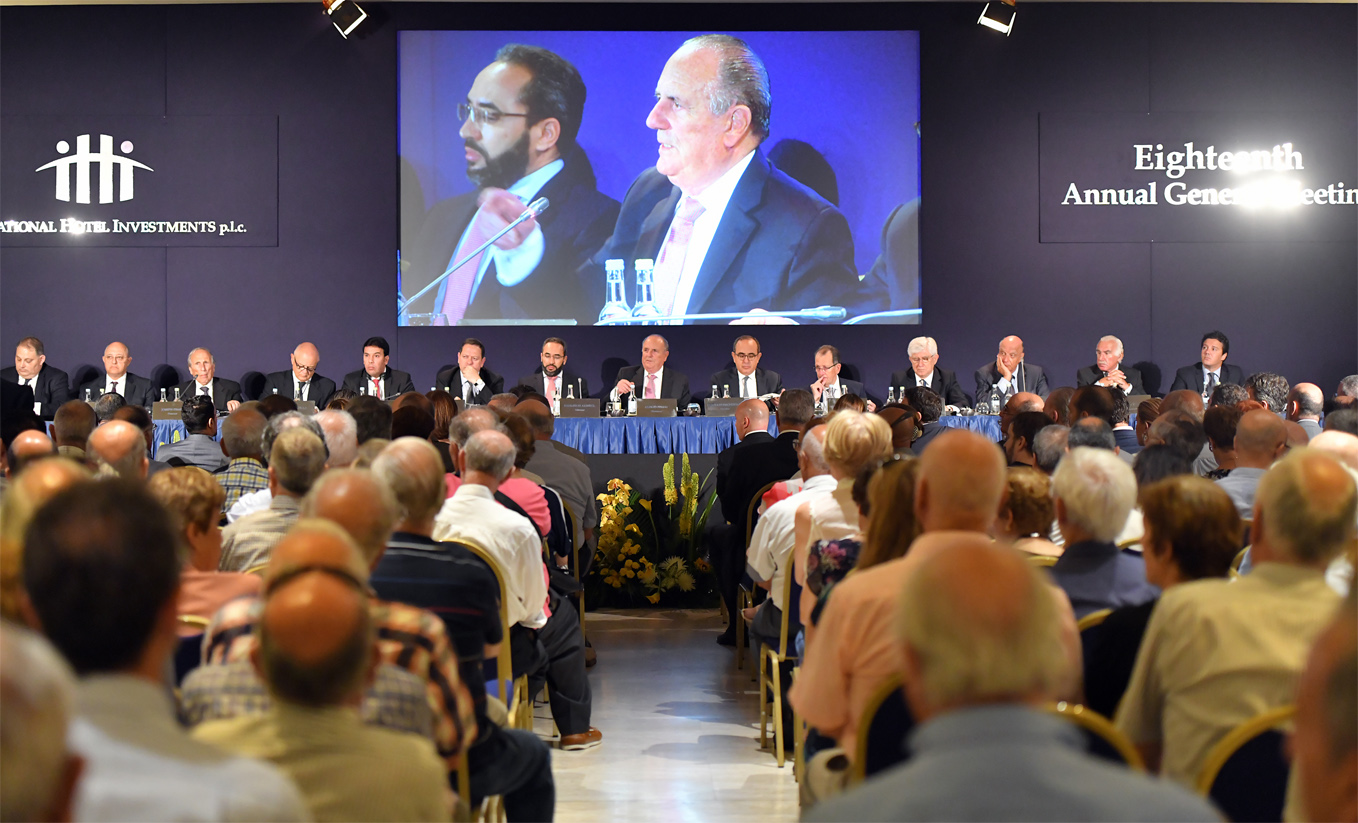 IHI’s record performance in 2017 resulted in EBITDA  (earnings before interest, taxes, depreciation, and amortisation) reaching €61.3m, and net profit close to €15 million, the best financial results in the 18-year history of the Company.

On the strength of this performance, this month Corinthia Hotels’ parent company IHI announced a net dividend of two cents per share to its shareholders. The move followed confirmation of end-of-year results that show IHI’s continuing ability to outperform its performance on previous years – all the while forging ahead on developments that further establish Corinthia Hotels as a global luxury hotel brand.

At IHI’s AGM on June 5th, Joint CEO Simon Naudi described the dividend announcement as a consolidation of recent achievements.

“Our firmest commitment is to pursue our shareholders’ financial interests,” he said. “The hotels and other businesses we run and operate delivered once again on the ambitious targets we set, and we have taken significant steps forward in the growth of our luxury hotel portfolio, with new hotels being signed up, and others well underway in their design and construction.”

IHI’s portfolio comprises 21 hotels, of which 13 are owned or partially owned. The remainder are owned by partner investors, some of whom are IHI shareholders. Four new landmark hotels – in Brussels, Bucharest, Doha and Dubai – are under development. Other than hotels, IHI also owns development, project management, catering and real estate companies.

2017 performance shows further evidence of a continuing growth trajectory over the past years. In 2013 IHI’s EBIDTA stood at €33.3 million. Last year this figure increased to €61.3 million – up from €53 million in 2016 – and is the result of higher revenues, greater efficiencies in IHI’s operating hotels and businesses, as well as revenue derived from acquisitions and new projects.

Reflecting on the latest chapter in IHI’s story of growth, joint CEO Joseph Fenech added: “Four fifths of our revenue is derived from our portfolio of owned or partially owned hotels, and it is heartening to see, in all instances, as with hotels we manage for third parties, an improved performance year on year. It is testament to the dedication and skills of our people – to all those who operate and support our properties.”

IHI’s adjusted EBITDA increased to €61 million, on a total revenue of €242 million, derived principally from the Group’s owned and managed hotel operations, with contributions from catering activities and third party service fees in project management.