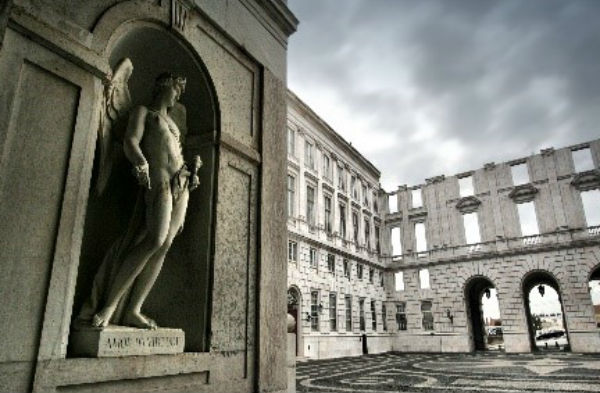 The luxury five-star Corinthia Lisbon Hotel is perfectly positioned to take advantage of the Euros 33.7m of upgrades and additions unveiled last week to Lisbon’s tourism infrastructure over the next three years.

Located a short distance from the historic city centre, Corinthia Lisbon will provide easy access to the planned building of a Jewish Museum in the medieval quarter of Alfama, for example, due to open by 2019.

This exciting new attraction is one of several on the drawing board to be financed by Lisbon’s Tourism Development Fund. The Fund, financed by revenue from a tax levied on visitors to the city*, will provide Euros 18.2m of the total Euros33.7m being allocated for the range of tourism projects.

The other projects include upgrading the Ajuda National Palace, an Interpretation Centre for the vast 25 April suspension bridge, a new Sul e Sueste boat terminal in the centre of the city, a centre dedicated to the maritime Discoveries at a location yet to be decided, improved signage for tourists, CCTV at popular tourist sites, an expanded events programme and protection of historic shops.

Lisbon City Mayor Fernando Medina has hailed the plans as enormously significant: ‘(They have) an enormous capacity to increase our attractiveness, but above all our quality of life’, he said.

Roderick Micallef, General Manager of Corinthia Lisbon, said: ‘I welcome the news of these fabulous new attractions in the city over the next few years. Our hotel welcomes tourists from around the world and these developments will give more reasons to come and stay and discover Lisbon.’

Just this week (October 5th 2016) a new and innovative museum opened in the city. Museu de Arts, Arquitetura e Tecnologia (the Museum of Art, Architecture & Technology, or MAAT for short), opened along the banks of the Tagus River in the Belem district. Spanning two buildings, it is housed in a former power station and a new-build designed by British architectural firm AL_A. The Museum, under the directorship of Pedro Gadanho, a former curator of contemporary architecture at New York’s MoMA, will showcase contemporary culture through visual arts, new media, architecture, technology and science. MAAT is part of an exciting urban revitalisation programme along Lisbon’s historic waterfront.