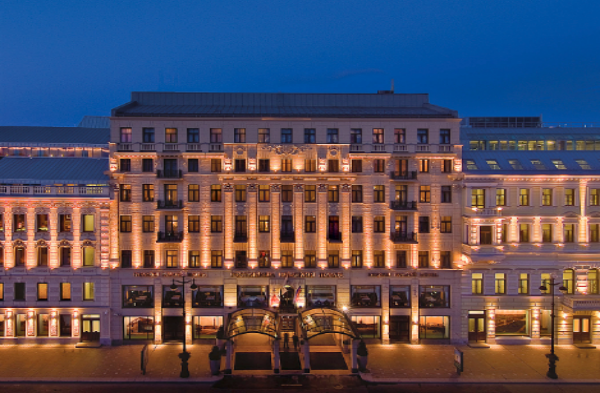 The five-star hotel, located on the famous Nevsky Prospect, attributes this rise in bookings to a series of recently-implemented key strategies, which prioritise a strong focus on online marketing and cooperation with online travel agents (OTA’s), as well as broadening the countries from which guests originate.

Corinthia St Petersburg’s online business continues to grow month on month, and will remain a key focal point in the hotel business, with an increase of 26% on 2014 and 65% on 2013. The Russian population is becoming increasingly tech savvy, resulting in an increase in online bookings from the domestic market. The Russian market remains an important source of revenue for the hotel, which has huge appeal to those seeking grand-style accommodation in the heart of this famous city. The growth in revenue was also supported by the hotel’s efforts to integrate further into the local culture in St Petersburg, by supporting the city’s sports and arts, including the FC Zenit, winners of the Russian Premier League.

A second integral sales strategy targets the diversification of markets from which the guests originate, and striking a balance between the traditional and the new markets. While the traditional markets such as Germany and the UK are ‘under-delivering’ guests to the hotel, the new markets such as China and India are experiencing a rapid growth. The number of Chinese guests has doubled in the last year, while the ‘traditional’ source markets such as Germany, Italy and the UK are all either stable or in decline. Over recent months, however, the hotel and the city have noted a positive growth from the Scandinavian markets.

The hotel also recorded an outstanding customer satisfaction score of 92.4%, an endorsement of Corinthia’s emphasis on the passionate and precise delivery of great service.