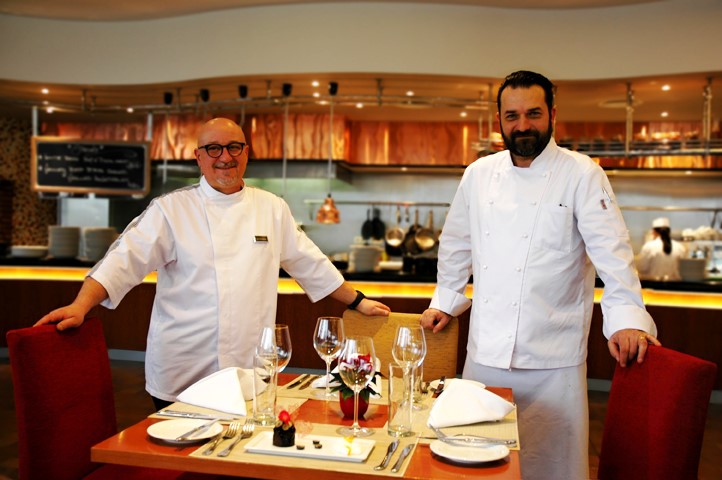 Corinthia Hotel Prague is once again participating in the annual Grand Restaurant Festival in the Czech capital that runs until February 28th. A culinary feast, the festival allows diners to sample the best and more expensive restaurants but at discounted festival prices. This year the theme is ‘Superfoods’ and Corinthia Hotel Prague Executive Chef Jean-Paul Georges Manzac has created a stunning three-course menu for the event.

“The Superfood phenomenon is becoming increasingly important throughout the world,” says Manzac. “Nowadays, people want to live healthier, to care for their soul and body, to experiment. That is why Grand Restaurant Festival 2018 inspired the chefs to prepare the festival’s degustation menu.”

To qualify as a festival venue, at least one of the courses has to contain a superfood. Chef Manzac’s menu includes a ceviche of scallops, roast rack of venison and gluten-free chocolate cake.

Manzac was appointed to Corinthia Hotel Prague in October. One of the Czech Republic’s celebrity chefs, he is best known for his French modern brasserie, Brasserie M, which was awarded the Michelin Bib Gourmand three years in a row, and later for the combined French bistrot and butchers shop, La Boucherie & Bistrot M.

Corinthia Hotel Prague  comprises 539 rooms, including 66 Executive Rooms and 22 suites. Located next to Prague’s Congress Centre, 20km from the city’s airport and only five minutes from the historic city centre, The Corinthia Conference and Events Centre offers extensive facilities for up to 1000 delegates across its 24 meeting rooms and  is the biggest MICE property of the Corinthia Hotels collection.  Corinthia Hotel Prague was acquired in 1996.