Restoration of the portrait of Empress Catherine the Great of Russia 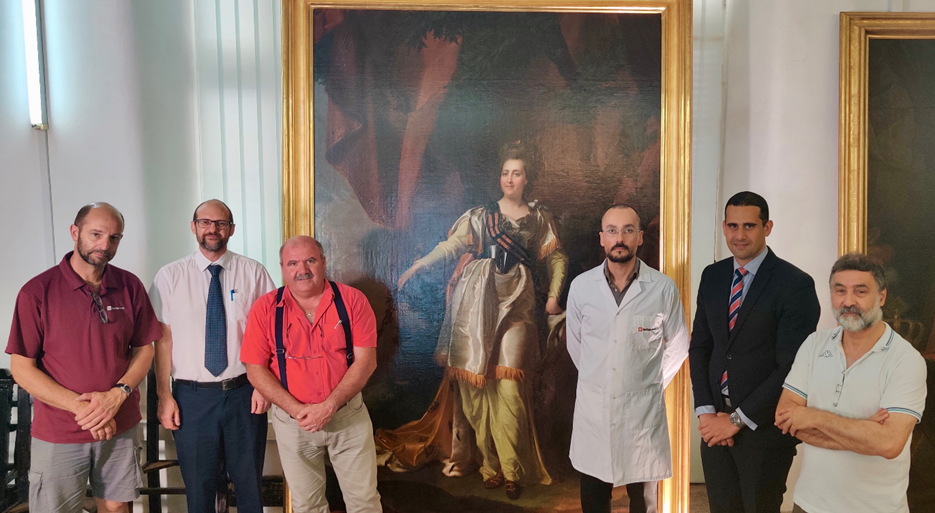 Corinthia is contributing towards the restoration expenses of the outstanding portrait of Empress Catherine the Great of Russia by the renowned Russian artist Dimitri Grigorievic Levitsky. This large work of art (220×175 cm), which has just been restored by Heritage Malta, will soon be leaving its place in the Ambassadors Room of the President’s Palace in Valletta, Malta, to travel to Moscow. There it will remain on show for a period of five months in an exhibition to be held in its honour at the Tsaritsyno Palace Museum.

This painting was a personal gift from Catherine the Great to the Grand Master of the Order of Malta, Emmanuel de Rohan, in 1790 to further strengthen the good relationship between Russia and the Order of Malta. Russia was at the time using its best endeavours to establish the best possible diplomatic ties with various Mediterranean powers. The Russian consul in Malta, Antonio Psaro, travelled to Crimea in May-June 1787 for an audience with the Empress who was visiting that area. Psaro carried with him some gifts from the Grand Master. Catherine was charmed and responded by sending the Grand Master a full-length portrait of her by Levitski. The painting, which displays the date 1787 near Levitsky’s signature, arrived in Malta in early 1790. Rohan was quick to send a letter of thanks on 20 February 1790. This letter is still conserved in the Archive of Foreign Policy of the Russian Empire (AVPRI) in Moscow and the painting was conserved by the Grand Master in his Valletta palace, where it still hangs to this day in what is now the President’s Palace. This painting is considered one of the best works of this famous artist, Levitsky, and portrays the empress in an allegorical form of Minerva, the goddess of wisdom, strategic warfare and the sponsor of arts and trade.

Corinthia is proud to be associated with this venture in Russia where it already owns and manages the successful 385-roomed Corinthia Hotel in St Petersburg with the adjoining Nevskij Plaza Retail and Commercial Centre located on the famed Nevskij Boulevard, which it acquired in 2002 and subsequently redeveloped.  Corinthia is also currently working on a project for a new Moscow Corinthia Hotel and Residences in 10 Tverskaya, which is a most prestigious boulevard that leads to the Red Square, the Kremlin and the city’s prime offices. Corinthia co-owns and will manage this property, which is planned to open in 2022. This prestigious building houses the iconic Filippov Bakery which in the mid-nineteenth century started with great success to produce the most delightful sweets and cakes and also counted the imperial residence of the Tsar amongst its clients. Corinthia has announced that the consortium plans to build a 52-suite boutique hotel and residential serviced apartments. The legendary Filippov House with the bakery, candy shop and coffee house will naturally be conserved and retained.