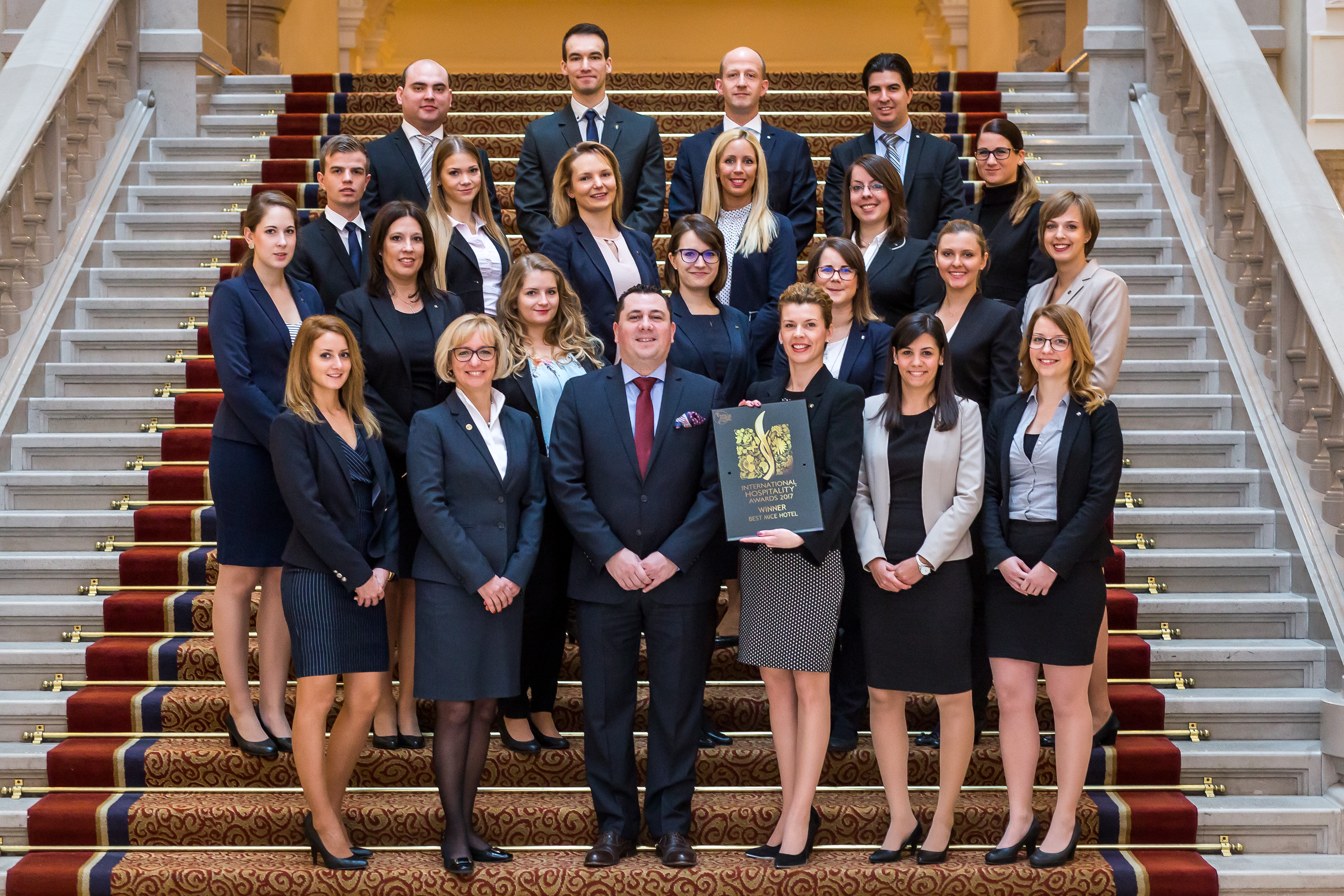 Corinthia Hotel Budapest has been recognised for its facilities and services to the meetings, incentives, conferencing and exhibitions sector – receiving one of the highest accolades in the International Hospitality Awards. The Awards ceremony held last weekend in Kiev, saw Corinthia’s Hungarian world-beater named Best MICE Hotel for 2017.

“We are delighted to win this award,“ said General Manager Jean Pierre Mifsud. “It is recognition of not just the hotel’s extensive facilities, but our staff who make each event a huge success for our clients.”

The hotel exceeded the criteria for the category, namely for its special bedrooms and infrastructure for guests with disabilities, an event hall for 1000 or more, and at least ten conference/meeting rooms with state-of-the-art equipment, along with secretarial and translation services and a host of other assets.

With over 30 conference spaces, Corinthia Hotel Budapest has the largest conference facility of any of Hungary’s leading hotels; the jewel in its crown is the three-storey-high Grand Ballroom, with its stunning Baroque style.

The Ballroom seats up to 500 guests and is linked by a glass bridge to the Valletta Conference Centre – a showpiece of 21st century architecture which can be partitioned to create up to 12 syndicate rooms or opened up into expansive event or display space.