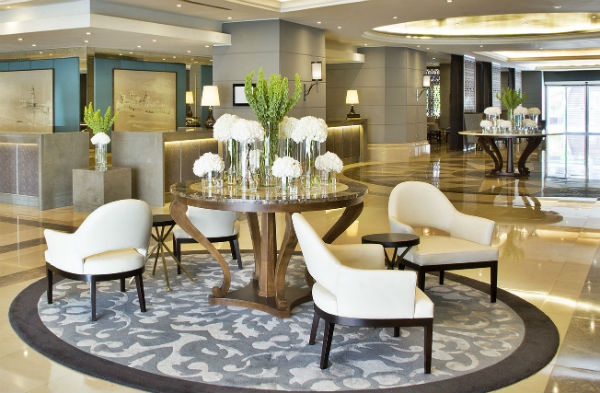 The five-star Corinthia Hotel Lisbon has been named the Luxury Hotel & Conference Centre of the European Continent at the 2014 World Luxury Hotel Awards held in South Africa, in recognition for its world class facilities and service excellence.

The Corinthia Hotel Lisbon was selected from over 1.000 hotels in 145 countries, across 50 categories for luxury hotels, as the Luxury Hotel & Conference Centre of the European Continent by international tour operators, travel agents and hotel guests who have the opportunity to cast their votes annually.

Reuben Mifsud, the General Manager of Corinthia Hotel Lisbon, said, “We are extremely honoured to be recognised as the best Luxury Hotel & Conference Centre of the European Continent,  it underscores the exceptional professionalism and consistent guest driven focus of our teams. Being acknowledged by such a prestigious organisation on the same year of our 10th Anniversary celebration makes us tremendously proud.  We are determined to maintain our exceptionally high standard of service to all guests.”

In March 2014, the Corinthia Hotel Lisbon inaugurated the newly renovated Lobby and Lounge Bar. The new look has created a high-end ‘residential’ warm welcome and the feel of true luxury where guests can enjoy a more intimate atmosphere and feel more at home. The hotel conference and events facilities are the largest and best equipped of any five star hotel in Lisbon, with 16 rooms gathered in the same floor with natural day light and a capacity for up to 1,400 delegates in this multi-purpose 32,000 square-feet area. The hotel gained recognition as the top conference centre hotel in Portugal in 2009 when it was named ‘Best Events Hotel’ at the third edition of the Events Annual Gala that took place in Oporto, Portugal and in 2011 was named Gold Magellan Award Winner for its outstanding business and conference services in the Hotel/Resort Category. In 2013 it was named winner of the Western Europe Region Energy Project of the Year for 2013 by the USA Association of Energy Engineers, for its outstanding energy efficient hotel project and in August 2014 was elected Portugal’s Leading Business Hotel by World Travel Awards.