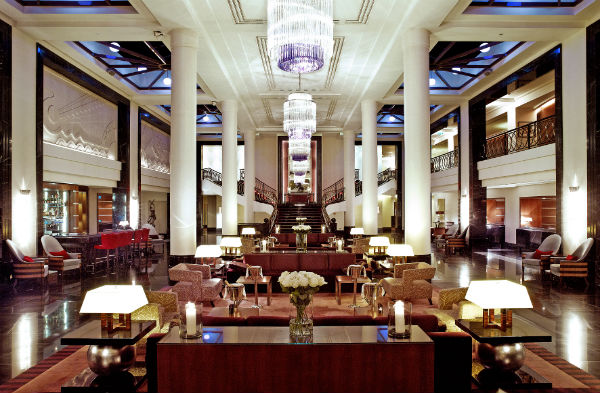 The five-star Corinthia Hotel St Petersburg, located at the heart of Nevsky Prospect, has been awarded ‘The Best Congress Hotel St Petersburg’ at the 6th annual Russian Business Travel & MICE Awards, held on 1 October 2015 in Moscow.

Corinthia St Petersburg was named this year’s ‘Best Congress Hotel’ for St Petersburg by the programme’s Award Expert Council, which was made up of Alexander Rybakov (Vice-President of the Chamber of Commerce of the Russian Federation); Sergey Korneev (Deputy Head of the Federal Agency for Tourism), Ekaterina Nikitina (Head of Press Service of the Department of Economic Policy and Development of the Government of Moscow), Georgy Mokhov (Deputy Minister of Culture of Moscow Region) and other prominent figures. The ceremony was attended by over 350 representatives of the hospitality, tourism, MICE and business travel industry.

The Russian Business Travel & MICE Awards programme was founded in 2010, to promote and develop business tourism and conventions services in Russia. The programme annually opens nominations for eighteen major categories, encompassing much of the country’s business tourism market. The award was founded by Magazine Business Travel, Internet portal Conference.ru, and the Chamber of Commerce of the Russian Federation.