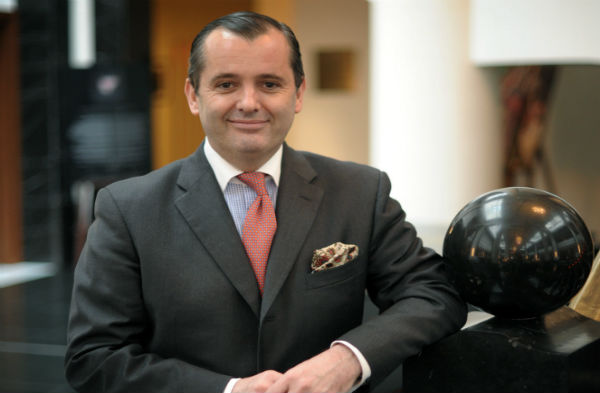 In his new role, Eric will be responsible for overseeing the operation of the award-winning Corinthia Prague, ensuring the optimal level of guest and employee satisfaction as well as profitability, as Prague continues to attract an increasing amount of leisure and business tourism. Corinthia Prague was recently awarded the ‘Czech Republic’s Leading Business Hotel’ at the 2015 World Travel Awards.

Eric, a French native, is an international hotelier through and through. He has worked his way up the rungs in the hospitality industry, starting as a Cost Controller & F&B Analyst in the 1980’s, and gradually progressing through a finance career path, arriving at his latest appointment as General Manager of the iconic Corinthia Prague.

During his 30-year employment in the luxury hospitality industry, Eric has gained experience worldwide in 13 different countries: from French Polynesia to Libya; from London’s Berkeley Hotel to Azerbaijan’s Trump International Hotel. He has been General Manager of five-star hotels since 2003, and has worked for leading hotel brands, including Belmond, Trump, Fairmont, and the Savoy Group.

“Moving to Corinthia Prague feels like the perfect next step for me. My own values blend seamlessly with the value system of Corinthia, and I look forward to overseeing this iconic hotel,” said Eric Pere, General Manager of Corinthia Prague.

“We are delighted to announce Eric’s return to Corinthia Hotels. He did an outstanding job as General Manager of other Corinthia hotels, and I am confident he will excel in his new role overseeing Corinthia Prague, as the city’s leisure and business tourism scene continues to grow,” said Simon Naudi, CEO of Corinthia Hotels.