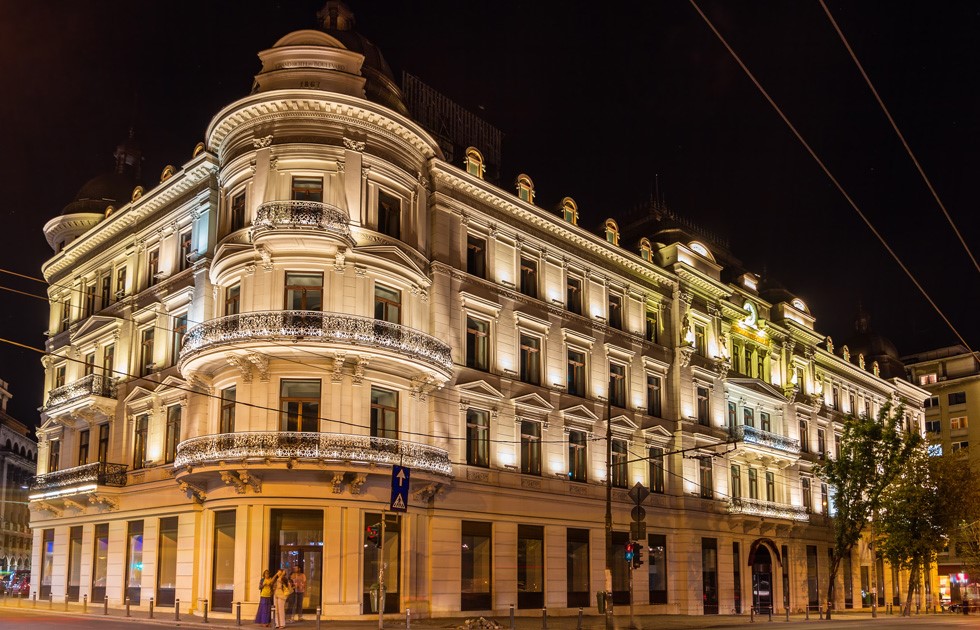 The former Grand Hotel du Boulevard, built in 1867 and located in the heart of Bucharest, Romania will join Corinthia Hotels’ family of luxury properties when it opens its doors on 1 December 2019 , Romania’s National Day.

The listed property was last used as a hotel over a decade ago and will now undergo refurbishment works under Corinthia Hotels’ brand standards.

The Grand Hotel du Boulevard is an iconic landmark property in the Romanian capital. Its lavish ground floor has already been restored to its original glory, boasting sumptuous interiors including a stunning gold and cobalt blue ballroom festooned with Venetian mirrors, gold foil details, blue-veined marble and Bohemian crystal chandeliers. Classed as a monument of Culture and Architecture by the Ministry of Culture, the Corinthia Grand Hotel du Boulevard Bucharest will offer in excess of 50 rooms and suites, exquisite dining, a grand ballroom, boutique meetings and luxury amenities. The four-storey building – one of the oldest hotels in the city – was designed by architect Alexandru Orascu (1817-1894), who was also responsible for the design of Bucharest University.

For many years at the heart of Bucharest’s social scene, the Hotel will regain its position at the forefront of the city’s luxury hospitality. Corinthia Hotels’ role will be that of operator under the terms of a management agreement signed on the 5 March, 2018 with owning company NIRO Investment Group. Sister companies of the Corinthia Hotels group will support the developers with project management and cost management services. Works on the refurbishment are expected to commence in Q2 2018.

The Bucharest development reflects IHI’s commitment to increase its portfolio of managed hotels significantly. In 2017, IHI pledged to secure 50 international hotel management agreements over the next five years.