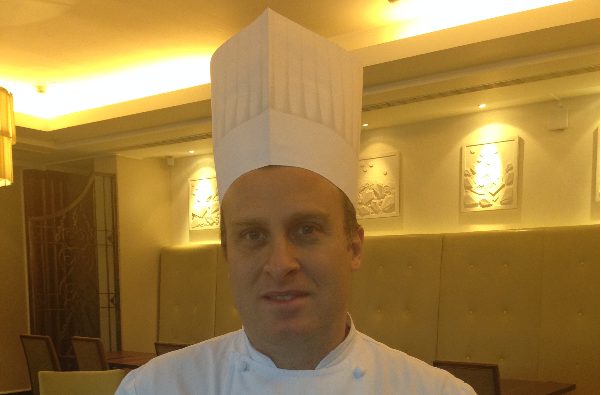 Salvatore launched his career as a commis in a restaurant in his hometown Trapani in 1990, at the tender age of sixteen. A year later, after completing his studies at the State Institute of Hospitality and Catering Services in Trapani, he received the “Diploma of Cooking”.

In 2001, Salvatore Barbara graduated from the Institute Paul Bocuse in Lyon (France), where he followed an intensive training on the techniques of kitchen operation and the arts de la table, developing his skills in the art of cooking and becoming a chef de cuisine.

His desire to broaden his knowledge of international cuisine brought Salvatore into hotel kitchens worldwide – including the Caribbean, Greece, France, Switzerland, Indonesia, Singapore and Japan. In 2004, he continued his career in the Kempinski hotel group, first at the famous Emirates Palace Hotel in Abu Dhabi (UAE), and from 2005 to 2009 as a chef at the Kempinski Giardino di Constanza in Mazara del Vallo, Sicily. Under his leadership, the Dubbesi restaurant at this Kempinski, was recognized as one of Sicily’s best restaurants by the prestigious restaurant guides Espresso Guide and Gambero Rosso Guide.

He returned to the city four years later, in 2012, as opening chef and restaurant consultant for Osteria Piazza Bianca restaurant, which was recognised as the best Italian restaurant opened in Moscow in 2012. In December of the same year he was promoted to Brand Chef of the Osteria network’s 2nd restaurant, where he worked until November 2014.

Though an adherent of Italian cuisine, Salvatore is keen to add an international touch to his dishes, experimenting with cooking methods and ingredients from other cultures, and thus continually honing his style. At the heart of his cooking, Salvatore values first and foremost quality produce, natural flavours, and the art of serving.

Jesper Henriksen, General Manager at Corinthia Hotel St Petersburg, congratulates Salvatore on his new appointment, saying “today we welcome yet another professional and experienced colleague, who will manage the busy kitchens of our grand hotel. We are confident that Salvatore will help to further develop and upgrade the hotel’s restaurant concept, and will continue to improving the hotel’s image on the top-tier restaurant market.”