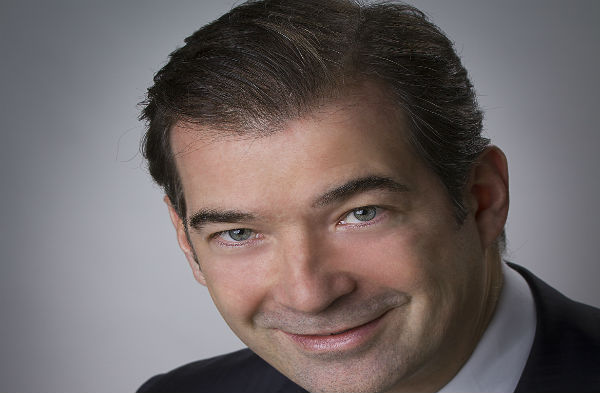 Thomas M. Fischer, General Manager of Corinthia Hotel Budapest, was named Budapest’s ‘Hotelier of the Year’ 2015 at the ‘Best of Budapest & Hungary’ awards, hosted by Budapest Week Publishing. Every year the jury of professionals recognises 10 outstanding individuals, who have excelled in their field and created something unique, exceptional and valuable for the Hungary and its capital.

German-born Fischer, who has extensive experience in luxury hospitality and is an entrepreneur at heart, has been General Manager of the award-winning Corinthia Budapest since March 2012. “I am especially pleased to be recognised by such a distinguished group of jurors, but this is an honour I share with the entire Corinthia Budapest team. Together we have introduced innovative new programmes, state of the art redesigns of our luxury suites as well as cutting-edge services for the Meetings & Conference market,” he said.

Under Fischer’s leadership Corinthia Budapest has gained new momentum. The hotel has recently launched ‘Food for Thought’ menus for the MICE market, featuring nutritious and ‘superfood’ food and drink ideas that aim to keep the brain sharp. Also for its meetings organisers, the hotel is also set to unveil its ‘Royal Lounge’ summer 2015, equipped with amenities and services needed by these organisers, which will be the first of its kind in Budapest. The hotel’s beautifully redesigned one-bedroom Executive Suites, currently being renovated, also stand out as the most luxurious suites of Budapest.

Corinthia Budapest is also very involved in local Hungarian charities like the Hungarian Red Cross and the Magic Lamp Wish Fulfilling Foundation. Fischer has further launched a management trainee programme, encouraging talented students to have an opportunity to begin their career at one of the grandest hotels in Budapest.

Corinthia Budapest was also awarded ‘Hungary’s Hotel of the Year 2014’ in the five-star category by The Hungarian Hotel and Restaurant Association and the Hungarian Tourism Board, on 24 January 2015.