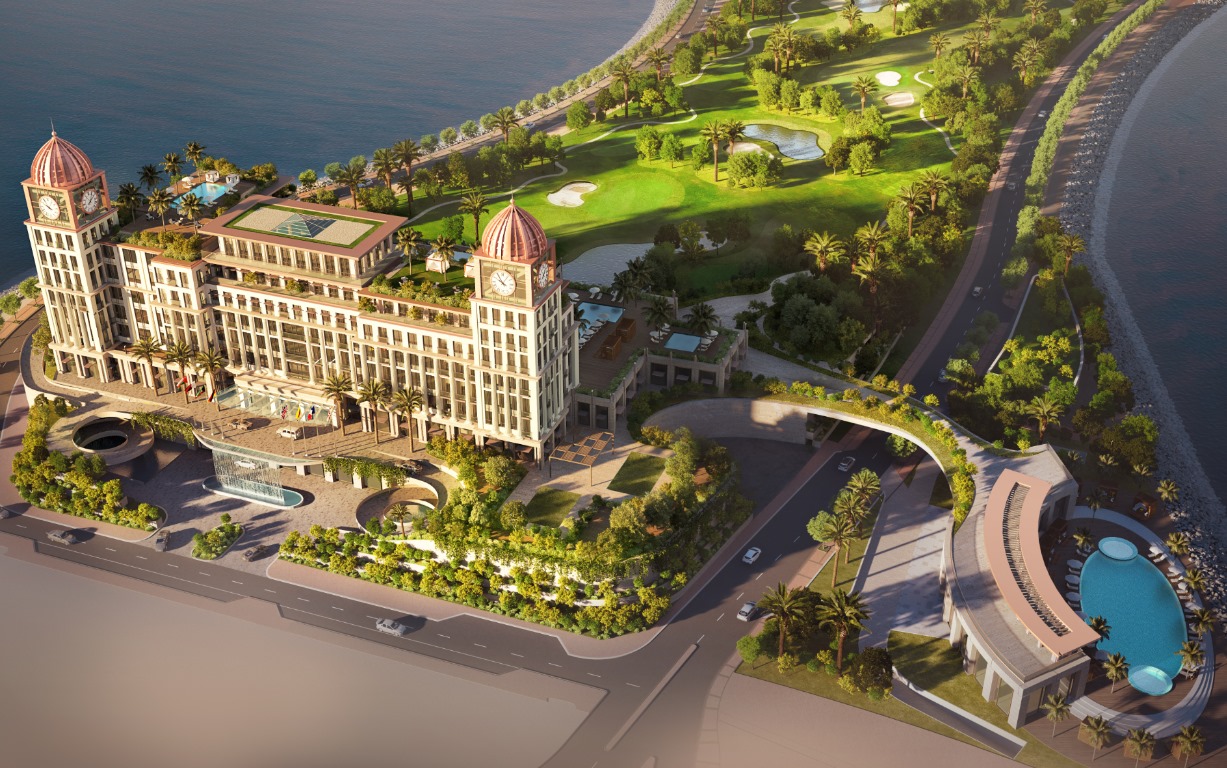 Corinthia Hotels has signed an agreement with United Development Company (UDC), the Qatari master developer of The Pearl in Doha, to manage and operate a luxury Corinthia hotel to be built in UDC’s newest flagship real estate development, Gewan Island.

The agreement was signed by UDC senior officials; H.E. Mr Turki bin Mohammed Al-Khater, Chairman and Mr Ibrahim Jassim Al-Othman, President and Chief Executive Officer and Member of The Board. Signing on behalf of Corinthia was Mr Simon Naudi, CEO, together with Mr Paul Pisani, Senior Vice President of Development and Mr Matthew Dixon, Area Managing Director Middle East. Under the agreement, Corinthia will manage and operate the first Corinthia Hotel in Doha which will be constructed by UDC.

Corinthia Doha is poised to be a prominent structure in Gewan Island, overlooking the Island’s planned golf course and beach club.

The Corinthia Doha is being built on a site having an area of 13,000m2 and will feature 110 guestrooms, a 1000-person banquet hall, several restaurants and a luxurious spa facility. The development will also include luxury branded villas, a golf course, and a beach club, all to be managed by the Corinthia Hotel.

Gewan Island, UDC’s latest real-estate project, is situated next to The Pearl-Qatar, spanning 400,000 sqm. Once completed, the Island will accommodate 3,500 residents and a similar number of daily visitors. Gewan Island will be home to 714 residential units, including 641 apartments, 20 standalone villas located along a placid beach in a quiet and gated seaside community, as well as 21 beachfront villas with private beach, 26 waterfront villas that are equipped with private pontoons for private boats and 6 island villas, in addition to 11,000 sqm of retail spaces and several multi-use buildings.

Gewan Island will feature, in addition to Corinthia Doha, a golf course with a beach club, an air conditioned ‘Crystal Walkway’ outdoor promenade, parks and green areas, which will play a major role in attracting various new brands to Doha. The Island will also be home to entertainment facilities, a sports club and a mosque.

UDC is a leading Qatari public shareholding company with a mission to identify and invest in long-term projects contributing to Qatar’s growth and providing good shareholder value.